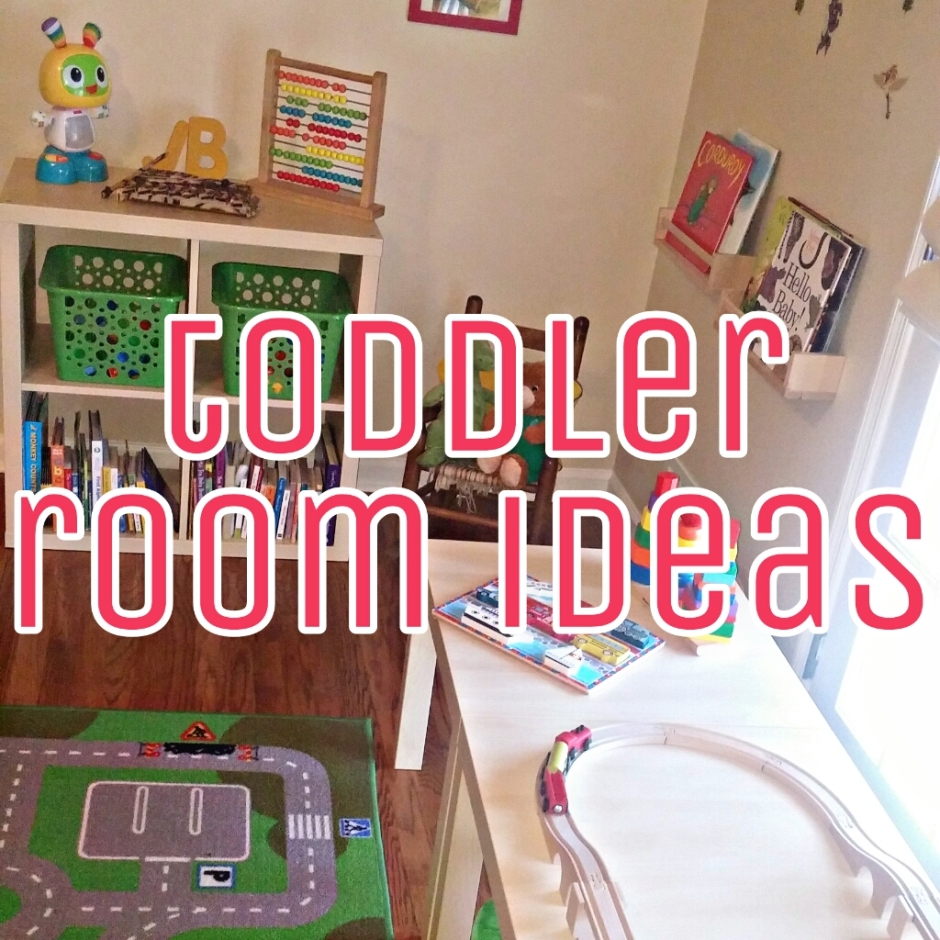 Recently my son turned 3 years old and we decided it was time for him to move to a big boy room.  We were hoping the room would get him excited about moving out of the old room to make way for our new baby.  We have a new baby coming this Spring and we needed to move my son down the hall.  So, for his birthday we decided to give him a room makeover!  We used a lot of items that we already had and bought the rest from IKEA or Amazon.

We already had a twin bed, dresser, and nightstand (these were mine as a child) plus a few other items we used for decor.  So the picture above shows many of the items we purchased from IKEA (I know it looks like a mess!).

We decided to do a Lion Guard themed room since that is my son’s favorite show right now.  He got a Lion Guard bedding set from my parents for his birthday, plus my husband found some great wall appliques on Amazon.

Here is the finished product:

His bed with the appliques on the wall.  He already had Kion and Simba stuffed animals.  Plus we had a green throw to add to the bed and the lamp (from IKEA) for the night stand.

All of the bins were from the Dollar Tree.  I love their bins!  They have so many colors and, of course, everything is a dollar. 🙂 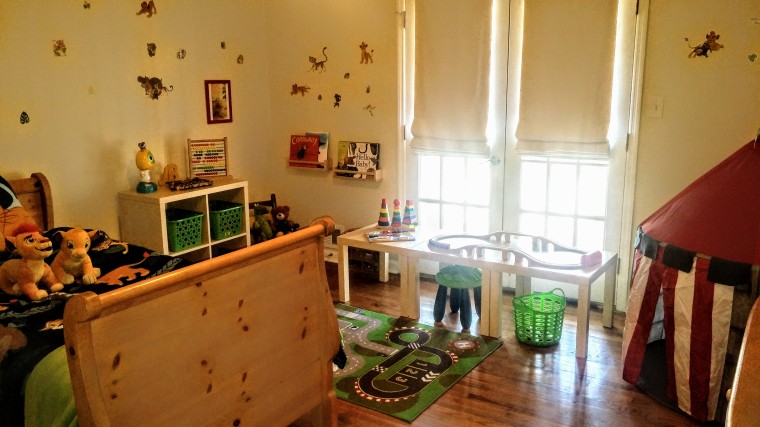 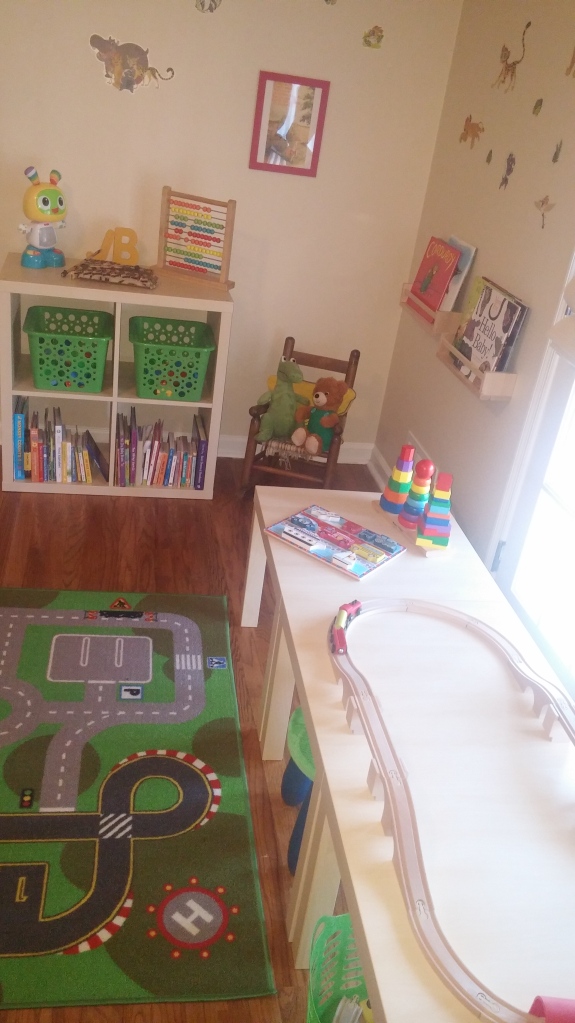 The rocking chair was a hand-me-down from my mother.

I added a number and alphabet banner to the wall, which we already had (purchased from the Target Bullseye Playground).  The lamp on his dresser is also from IKEA and was in his old room.  We added a few of his toys around the room because we were hoping he would want to play in his room more often.  We are thinking that when the baby arrives we might need to spend more time upstairs and we wanted him to actually want to be in his room. 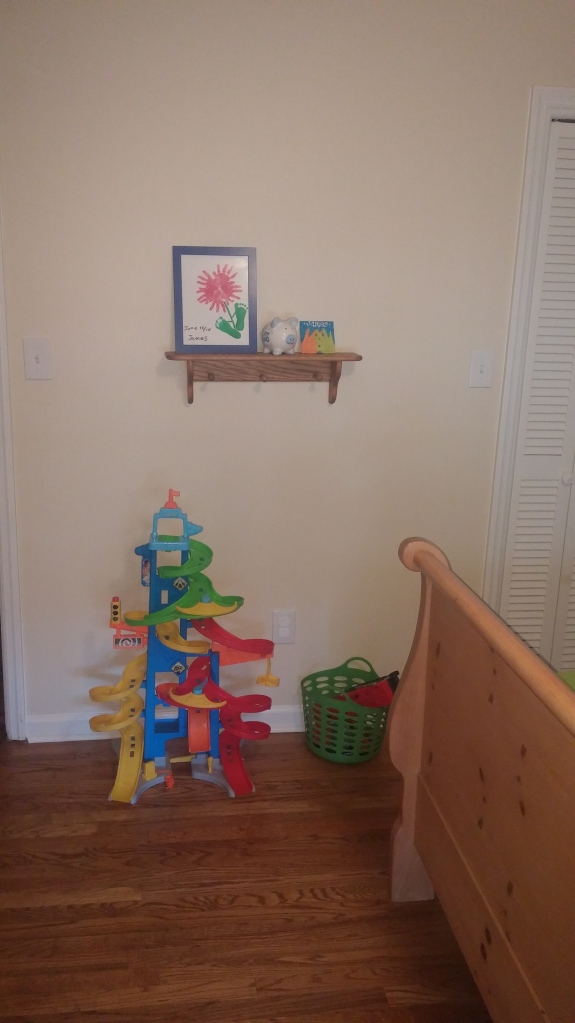 He LOVED the room and slept in it the first night.  Since our son is an early riser, we have discovered that he will even play in his room by himself in the morning until we get up and dressed.  He never wanted to do that before and always wanted to come watch TV in our room.

I am so happy with how the room turned out!  My son said “I LOVE my new room” and he walked down the hall and said “That’s the baby room now” to his old room.  It all worked out perfectly! 🙂

So…a friend and I are coaches for a GREAT program called Girls on the Run (GOTR).  For those that don’t know, GOTR is a program that teaches life skills to girls in the 3rd-5th grade including positive body image, dealing with peer pressure and much more.  It is a pretty awesome program.  My friend and I decided to do something special for our girls for Halloween and came up with these adorable bags, at a reasonable price to make enough for the whole team. END_OF_DOCUMENT_TOKEN_TO_BE_REPLACED 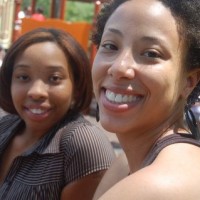